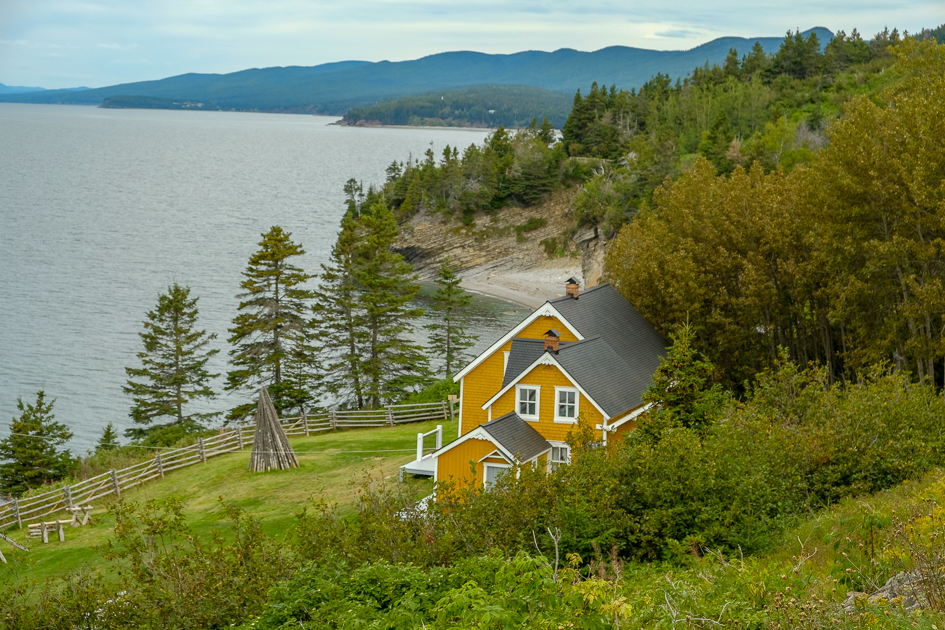 Beautiful day… but it might change according to the forecast (not that they have never been wrong before…lol).

You know the French charm is gone when…

In all fairness, though, we are not staying in Gaspé long enough to give it justice. The motel is offering, free of charge, a very well done booklet on Gaspé and the area, suggesting there is a lot to discover.

Being nature lovers, we decided to visit Forillon National park. So, let me tell you…

We visited the park mostly by car, stopping at dedicated lookouts. At Cap-Bon-Ami, a huge staircase takes you to a long curved beach. We lingered there… walking on the smooth grey pebbles. Today, though, we were not inspired. Don’t get us wrong: the park is definitely the place to be if you are a serious biker or hiker, or if you love camping. After a few hours, we came back to more cozy grounds with, hopefully, at least some pictures to show.

Despite the 16 degrees Celsius, we ended the evening outdoors, with a multimedia historical show titled “A Tale of Time and Tides”. It is a 17-minute show organized by the Birthplace of Canada historical site, that tells the history of Gaspé, from the Micmac presence until today. It is very well done and… free! Check their Website for their yearly schedule (www.berceauducanada.com).