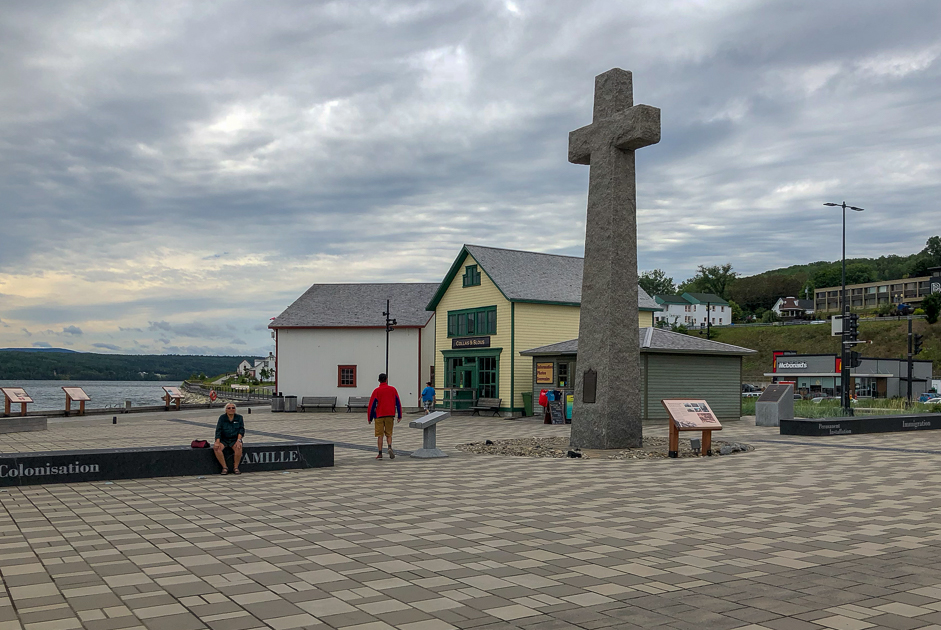 I got up early, took a peak outside, and noticed the saturated colours… so nice and crisp. Rain surely has a revitalizing effect on nature!

Time to gather the ton of information (books, magazines, pamphlets, etc.) that I always manage to bring home. That’s what usually gets me in trouble when I travel by plane but since we are on a road trip… load it up, baby!

First stop: Breakfast at Café des artistes. The place is at a 3-minute walk from the motel. It is small, quaint and hip. In Quebec, a coffee shop is called a “brûlerie”. Taken literally, the word might suggest that the coffee is being burnt, but it is referring to the roasting process. Terminology aside, coffee was delicious… and breakfast too!

Second stop: We took time to visit the Birthplace of Canada and explored the various buildings of the site: Davis Warehouse, the General Store, the Hydrobase, the esplanade with a Micmac Longhouse. All tell the story of the birth of Canada when Jacques Cartier discovered the area in 1564, traded with local Indians, and designated the territory as a French colony by erecting a tall cross in the name of his king (of course, the present cross is a replica). Prosperity of the Gaspé Peninsula is closely linked to the fish industry (mainly cod), as was the case of Nova-Scotia and Newfoundland.

A quick stop at Provigo, a local grocery store, to plan for a picnic.

Third stop: Musée de la Gaspésie. Entry fee: $13.25/senior. This is a relatively small museum and of a lesser interest if you have already been acquainted with the history of the Gaspé Peninsula. It not, it is worth stopping by to see the permanent exhibition. 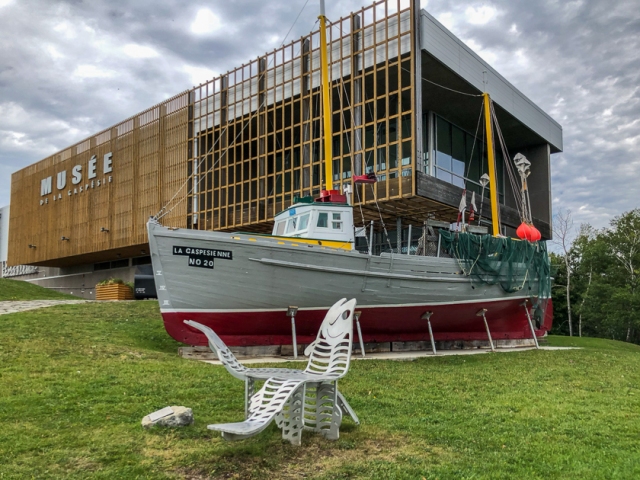 Fourth stop: Pointe-à-la-Renommée historic site. It was home to North America’s first maritime radio station, installed by Marconi’s Wireless Telegraph Company in 1904. We did not have time to do a guided tour, but spend some time on this very picturesque place. 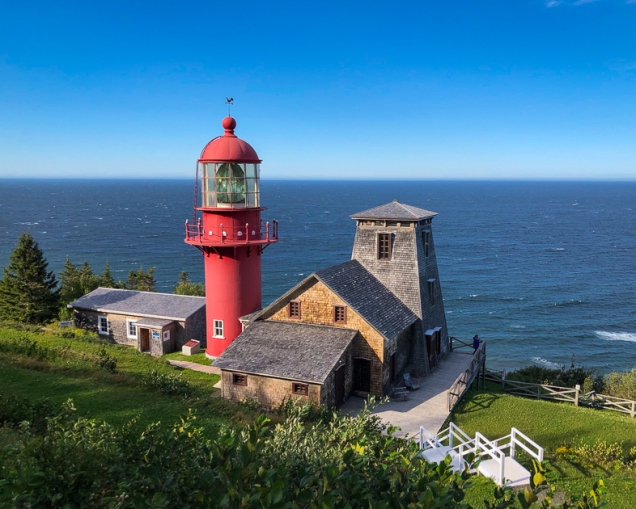 The road to Sainte-Anne-des-Monts — for our next 2-night stay — was absolutely amazing! The long stretch from Gaspé is breathtaking: the endlessly winding road takes you through Appalachian mountains, where you find yourself completely surrounded by deep wooded slopes, or so close to ocean’s edge that it feels like you could touch the water. What a spectacular scenery! 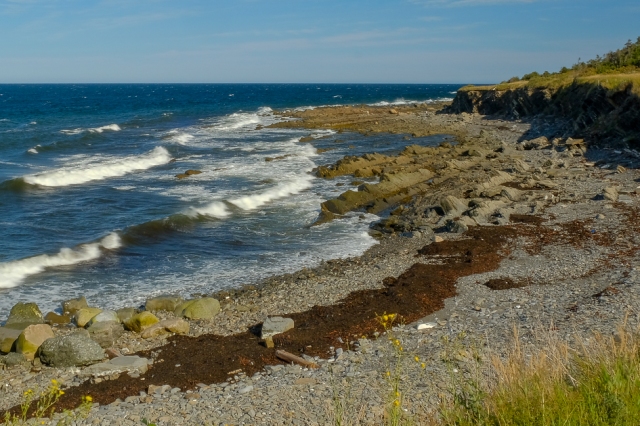 We are staying at Auberge La Seigneurie des Monts, built in 1864 and used as a hotel since 1930. This is definitely a different type of accommodation, with very personalized service and as a kicker, each room has its own small living room in front of it, on a covered terrace-like space! We arrived late, but early enough for a 7:30 pm dinner. It was delicious! I highly recommend the place if you are looking for something a bit different and yet, with all the amenities and  great food. 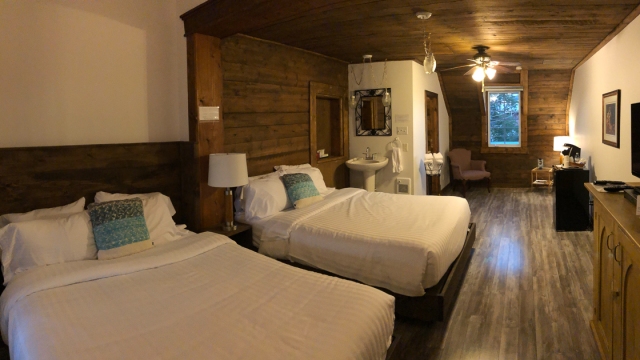