Last full day in Rome and enjoying it!

Both Castel Sant’Angelo and Saint Peter Square are in the same vicinity and if you take the subway, you will exit at Ottaviano, on Line “A”, and let the Basilica dome guide you along Via Ottaviano.

Yikes!!!! It is late morning and the lineup leading to Saint Peter Basilica is HUGE! Time to switch sites and start with Castel Sant’Angelo.

But first things first: panini lunch, followed by gelato. Ok… we are good to go.

At Castel Sant’Angelo… wait for it… No line-ups! We know it’s because everybody is patiently waiting at Saint Peter Square!!! 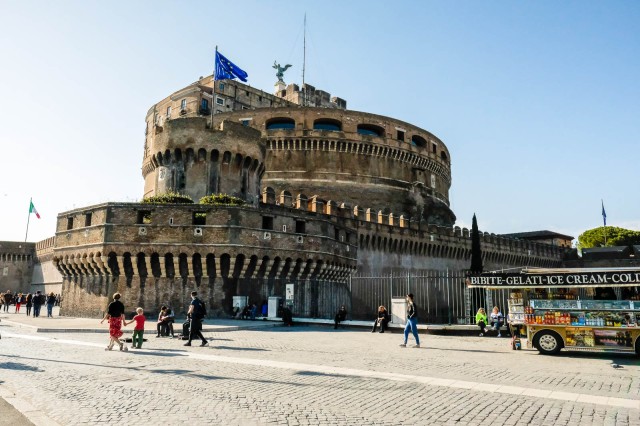 Castel Sant’Angelo was built between 135 and 139, under the direction of emperor Hadrian, and became a military fortress. When the plague devastated the city in 590, the pope had a vision of the Archangel Michael on top of the castle, announcing the end of the epidemic, and the statue we know today was built to commemorate that event. Later on, in 1277, a corridor was built between the castle and the Vatican, so the pope could escape and take refuge in the fortress at the first sign of danger. 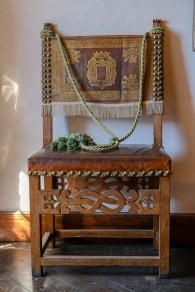 Note to travelers: Castel Sant’Angelo has a paper-free policy, which means you will not find a map of the site, an information pamphlet, or any printed material. In fact, printed information specific to this site is practically impossible to find. The entrance fee was 14 euros for both of us, with the Roma Pass.

Via Della Conciliazione is the main artery that takes you from Castel Sant’Angelo to Saint Peter Square. Half of it is pedestrian (it might be on weekends only, though). We came back around 4:30 pm and passed through security immediately.

Note: The visit is free and with a smaller crowd, the whole experience is so much more enjoyable!

Entering the Basilica can be overwhelming due to its grandeur. You think about the long history of the papacy (with all its melodrama), you admire marble and architectural wonders, you stand amazed in front of Michelangelo’s Pieta, and all the massive oil paintings leave you in awe. 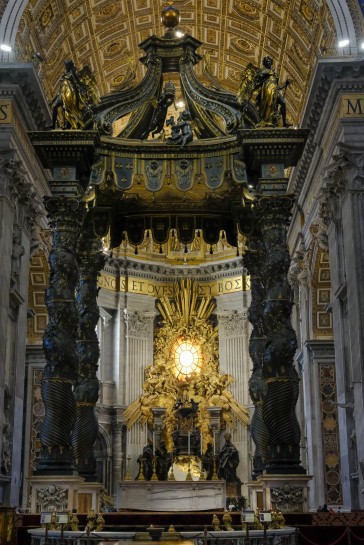 While we were there, a mass was being conducted, and it would have been hard not to be deeply moved by the angelic voices in the choir! Around 6:30, a small army of guards gently ushered the crowd to the exit doors… the visit had come to an end. I am still savouring it. 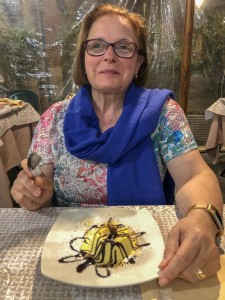 We went back to Tempio di Mecenate for dinner since Raymond had to have a second serving of their roasted chicken. We also indulged in a dessert called semifreddo al pistachio. Well, when in Rome…